Seat is looking to position its Seat Mó 125 electric scooter as a mobility alternative for young consumers in the Mexican market.

The Spanish company will launch its first two-wheeled electric vehicle in Mexico during the second half of 2022. Seat will begin commercializing its electric scooter, which has a driving range of 77 miles per charge.

Seat seeks to position its electric scooter as a mobility alternative for young consumers: “For example, someone who is currently attending college or has their first job,” commented Hugo Villegas, Seat Mexico’s Digitization and Electromobility Manager.

Lucas Casasnovas, General Manager of this project, stated that the company has sold 5,000 electric scooters worldwide and with that, a total of 375 tons of CO2 emissions have been avoided.

The manufacturing and assembly of the Seat Mó 125 have been provided by the Spanish plant Silence, located in Barcelona, while the battery cells have been manufactured by LG. It’s worth noting that the batteries can be charged directly on the units or can be removed for easy transportation to charging stations.

The 88-pound battery can be easily transported due to its extendable handle and a set of wheels. This allows the driver to move the battery to the nearest charging station. At a domestic outlet, the battery can fully charge within 6-8 hours.

Seat’s electric scooter has a 9kW engine on the back wheel. With its 5.6 kWh battery, it can reach a speed comparable to a 125 CC motorcycle, with a max speed of 60 mph. Additionally, the Mó 125 can accelerate from 0 to 30 mph in 3.9 seconds. Pretty awesome, right? 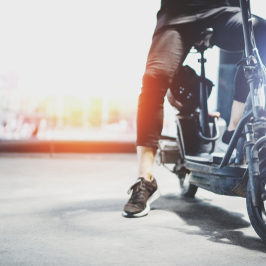 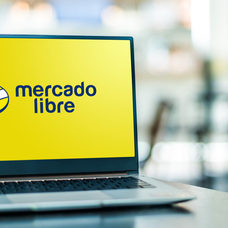 Next articleMercado Libre adds 150 vans to their fleet